In August, in Jacksonville in the city of St. Louis, a young black man was killed by police on his way to his grandmothers. This act lead to riots, city curfews and enormous media attention for several weeks. The Canadian and American media attention was round the clock, no

t only on this particular killing but also on the nature of black white race relations, police rights, media responsibilities etc. I do not recall the details of the event, our exposure to media has been sporadic and superficial. I was not sure how to respond to this ‘elephant in the room’, our exposure to a large diversity of cultures within America has been limited to say the least…
I was therefore so grateful to receive a forwarded email from my friend Jaqueline calling white politically aware friends to action, to stand up for justice in a public way. It questioned why black friends’ facebook posts at the time were full of the varied ramifications, emotions and frustrations of the brutal police killing for black and I’m sure other diverse communities, yet all her white friends Facebook posts continued to be about ‘holidays, cute photos and inspiring quotes’. This ‘call to action’ also importantly acknowledged that for some this came from not knowing how to best support the black community in this sensitive time and gave a range of ideas and things white supporters of respect and diversity for all races and religions could do. It was awesome to be called out on my inaction.
So translating that to my world, I was challenged to think about how I respond as a traveller in this country and home in Australia, but it also reinvigorated our homeschooling agenda.
Jaqueline is involved in education and when we met doing my course in Canada she told me about organising a black history unit of study at elementary level in which she focused on the politics of black hair…. I want to do that course! She explained to me the different responses black women get to having their natural Afro, as opposed to straightened hair… I was gobsmacked. Then one day prior to this conversation she wore a wig of straight hair to the course. I felt like I didn’t know her, I felt physically relieved when she returned to her Afro the next day! I have noticed and wondered about hair and they way cultures express or change from a different perspective ever since.
Anyway, long and the short of it is, I felt a strong need to expose our kids to black history in America (and plan to move to aboriginal history as we near home). Within a day or two of driving Toby started to notice the number of MLKing streets in big cities, the perfect ‘in’. From Delaware we discussed a day-visit to Washington. I was only prepared to do this big trip with a new focus… Black history. Below is Toby’s take on what he learnt as we drove to Washington that day and I read aloud about three pivotal black Americans. Visiting Bill Clinton’s museum in Arkansas added to this understanding and I am excited and proud to say that an awareness of the differing perspectives of race, colour, sexuality, and religion is continuing to grow our kids into global citizens.
Sandy 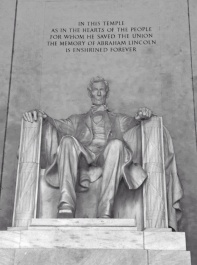 View down the mall!

The three names of some African Americans leaders who fought for the African Americans were Mary McLeod Bethune (1875 – 1955, 80 years old), Malcolm X (1923 – 1963, 39 years old) and finally Martin Luther King Jr (1929 – 1968, 39 years old).
Both Malcolm X & Martin Luther King junior spent time in jail. Malcolm X was jailed in 1946 for a burglary and was meant to spend 10 years in jail, but was let out after 7 years for good behaviour. Martin Luther the King was jail twice for less than a year. He was first jailed when he refused to leave a store ( in those days blacks weren’t allowed to go into a store to buy some things) & his second arrest was when he did some thing wrong on the road and had a traffic fine. On Martin Luther King’s second arrest John F. Kennedy heard about it and phoned Martin’s wife about it, John F. Kennedy later phoned the police and threatened them until the police soon released Martin.

I think that Mary McLeod Bethune was the most successful, most powerful leader and my favourite leader because of the things she did! Her parents were former slaves and she was one of 17 children. It was very hard to get into school in the late 1800’s, but to be a leader like Martin Luther King, Malcolm X and Mary McLeod Bethune you have to be a A+ student. So Mary was the only one of 17 children to go to school. I found it interesting how it said that in 1907 she was one of the first people to get divorced (she also had 4 kids when she divorced). In 19 she founded a school in Florida for black people she started with just 5 students and in 2 or 3 years she had 250 students. She was the principal of the school which also became a school for men who never went to school. I was quite impressed when I heard that she also became the adviser of Franklin Roosevelt and his wife Eleanor Roosevelt!

Malcolm X and Martin Luther the King are very interesting stories, Malcolm X was the youngest of eight children, his father was killed when he was 6 by white people, one of his family’s houses was burned to the ground by white people. His mother was so sad about Malcolm’s dad’s death that she gave up her eight children to orphanages. Malcolm X was born with the name Malcolm Little, but when he was older he changed it to Malcolm X because he was famous and didn’t want to be called Malcolm Little. 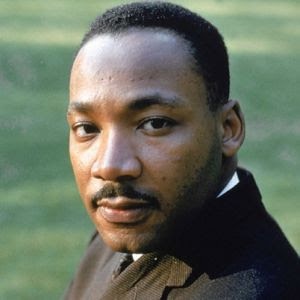 You can find the biographies of these three amazing black people on Google.