I met Jane, and later Krishna in India almost 20 years ago exactly. I had begun my love affair with India travelling initially with my uncle Bill (Darshan), and then following up research contacts I had developed whist writing a paper on India and indigenous medicine whist at uni. As things happen and connections are made it came to be that I met Jane who was working as a volunteer in Latur where an earthquake had occurred that had killed 10,000 people in early 1994. We bonded enormously as we fondly recall over baileys, toast and late night chats in the aid shelters provided by the agency we were both connected to.

Jane then met Krishna through this work; both lawyers, activists and passionate people. Kiran was later conceived and tada! I was made a non religious fairy godmother! I visited them in India in Kirans first year of life, wiped her cute little bot and continued to discuss social change, politics and the like.
After many years in India (Krishna’s native land), Jane secured a job as a human rights law lecturer at Keele University in NW England and the family emigrated. Both have made massive contributions to; increasing diversity and difference in the English police force, to domestic violence legal responses as well as facilitating many exchanges between hands on projects in human rights projects on the ground in England and India. They are now the proud parents of the amazing Kiran, Rohini, Aditya and Sarika aged 16 down to 5 years…. It has been been such a pleasure and honour to meet these growing souls. 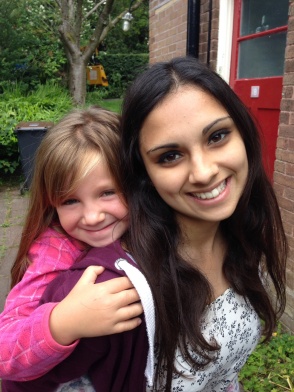 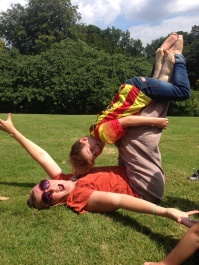 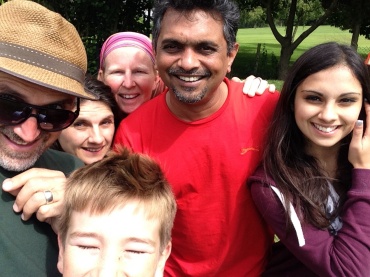 It has been so special to reconnect with them. Yasi, Toby, Christos and I visited their smaller family almost 10 years ago. Our contact has been sporadic since, something I’m not so proud of, especially being Kiran’s godmum! However, the connections re-forged this time round have reaffirmed the beauty and depth of our mutual respect, the power of having love and acceptance in your heart. 9 kids, 4 adults; laughter, food, Vipassana meditation memories hide and , hide and seek, ‘live dance’ sessions, World Cup soccer, nana Kiran, trampolines, connect four, monkey business in doorways and toast and baileys, again will feed our fond memories. And pinky promises of our next catchup being in Krishna’s hometown in Kerala, India. Mountains of MiliKing love to this impactful and special family.
Mama MiliKing

The Krishnadas family are half Indian and half English and they are all very very fun to play games with. Rohini, Aditya and Sarika all went to school but Kiran is having two months break until she goes to college to do years 11&12.

So we hung out with her while the others went to school and we went to a big park and climbed on trees and rolled down hills. We also played hide and seek in front of a castle on their university grounds. One of the nights they made us Indian food and it was amazing! All the different flavours in the curry and the bread was delicious.
By Yasi

Aditya is like a monkey and climbs up everything. He’s good at climbing and backflips.
By Moochie 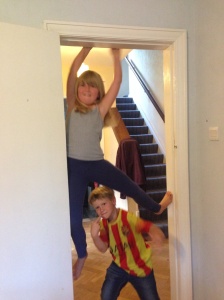 Aditya taught us how to climb the wall, like a monkey.
Kiran had finished high school and we got to play lots with her. I liked playing Connect 4 with Rohini, Kiran & Aditya. Each morning I walked Sarika and Aditya to school – I liked walking through the woods. They cooked us an Indian dinner that was delicious. All the flavours are completely different. The bread was very very yummy especially with yoghurt.
By Kiki

One thought on “Reconnecting with Friends”