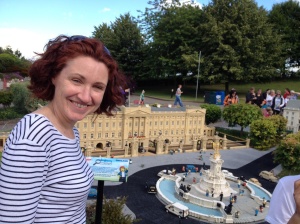 I just love it when you haven’t seen a friend for 15 years and when you reconnect it’s like no time has passed.

What’s even better is when your kids meet and become instant BFFs. It’s a wonderful feeling.
I met Penny O’Hara on my first day of university when I was a exchange student in Illinois. It was so weird to see her in a grown up sensible house in a seaside town in Southern England. The times we had shared previously hardly come close to being in anyway described as ‘grown up’ or ‘sensible’! Including things like driving to Mardi Gras in New Orleans and sleeping in the car in a car park for five days, having to reverse a car 50 metres back to an intersection in busy traffic because we didn’t trust the brakes on the steep San Francisco streets, hitchhiking from Melbourne to Perth and many parties across three continents.
She was an integral part of making my year on exchange so amazing.
I find it incredible that 15 years can change so much in life circumstances, though keep a friendship strong despite sporadic contact.

Between our families we have many Lego lovers and Penny had been saving 1\2 price tickets from the back of cereal boxes, so it seemed natural to first meet at Legoland! We planned to meet at the entrance to Legoland before the doors opened, but due to our horribly inefficient rental car pickup coupled with London traffic, we were almost 2 hours late. We don’t have English SIM cards and let our Greek phones lapse so we couldn’t even receive let alone make calls unless in a wifi zone. It was such a good reminder of how we used to communicate before mobile phones. Penny had to come to the entrance on the hour, very hour and eventually left a written note at guest services to meet her at the end of the Pirate show. As always, in the end, it worked out fine! It would have been so easy to walk around Legoland and not see each other, however it was incredible to bump into Nicky, Alex and Isabelle from Agios Nikolaos, Crete with Nicky’s parents. (We had a lovely catchup planned with them two days later at Nicky’s family home).

Penny and Searj (Ian) were such beautifully calm parents and we were particularly impressed with Searj’s ability to construct a water park with a small slide, a tarp, a hose and some suds. Hours of fun.

Their house was so much fun and so easy to stay in. There were so many activities and toys. The girls slept in Tess’s room, the boys in Sam’s room, and Sandy and I had the guest room with such a comfortable bed- and their bathroom… oh my golly their bathroom. Such a pleasure and change to our Greek shower where the whole bathroom gets wet and the shower curtain clings to your legs. I wish I had taken a photo of it for Home Beautiful magazine.
A fabulous weekend chilling out at their home and wander to the local beach and castle.
By Baba MiliKing

To start off today we woke up at 6:30am, went to the Clapham Junction train station and got a train to go to Waterloo where the car hire place was. We got there at 8am and left at 9:45am when we were supposed to Leave by 9am. Now what were we doing all that time you may ask – well one thing is while we were waiting they brought the wrong car to the place (They first brought a five seater instead of seven seater!) They were pretty slow.
So we were so late to meet our friends at LegoLand – we got there at 11:30am and the line was so long that we didn’t get in until 12 and then we went to met our friends that we were supposed to met at 9:45 instead we met at 12:30pm at the Pirate show. (Our friends are called Penny, Tess and Sam )

Our first ride at LegoLand was a ride called ‘Traffic’. It’s a ride where you drive a Lego car around and you got to stop at red lights and stuff like that. You even get a licence.

Next ride we went on was one were you got to go on this round thing that holds 9 people in a rushing river, we did that twice and got pretty wet. We tried to go on a submarine trip but it was too long a line to wait in, so we went to have lunch, but we ended up going to a cool ride where you’re on this thing that is kind of like a small jet ski but don’t actually go on the water your above about 50cm from the water and these things under the water spray water sometimes so you get really wet! Next we hung out at a pirate playground until we decided to go on a cool roller coaster. At first you go slowly through some rooms with things that tried scare you but then when we got out in open air it went really fast, we went on this ride twice. Then we decided to go on something else which was like a train that went round in circles while going up and down. Towards the end of the day when the lines were short we finally went on the submarine ride which was awesome. There were different sharks and fish that we could see. Our friend Sam told us that once one of the sharks broke the glass!
At the end we found an ice cream shop and also the Lego store. Yasi brought a hat and a pair of thongs and the others brought Lego. It was so nice to finally arrive at our friends’ house to stay for two nights. We played football and pool table. And met there dad who everyone calls Sarje because his name is Ian Sargent. (Though he’s NOT a policeman)
See you later alligators.
By Tobes

At LegoLand we had to wait in a big queue. When we got in we
found a note from our friends Penny, Tess and Sam. We met our
friends at the pirate show and then we went on the Lego cars.
I did not crash once – it was so fun. We went on a water roller coaster,
A normal roller coaster, and lots of other fun rides. 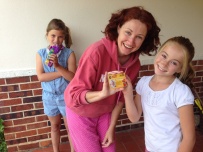 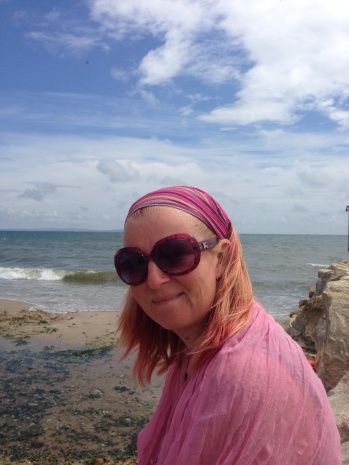 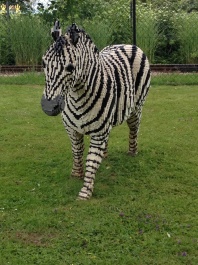 Tess, Sam, Zoi, and I made a water slide. It was raining so Sam
And I put a tarp over the top of us to protect us from the rain.
Kiki

When we were in England we visited my baba’s friend Penny and her family – on the second day we created a water slide with Tess and Sam and their dad Sarje in the backyard. In the evening we on the trampoline and we did tricks which we videoed and Tess has video star which is an app that helps you reverse your videos. Like if you do a front slip and it reverses it into a back flip. We also did another one when we were on swings and jumped off them – we reversed it and it looks really cool. Here is the video:

It was really fun at Tess’ house
By Yasi

Sam was cool cause he likes to be in the pool. He had a blow up pool.

I also loved the water slide we built.
I loved going to Legoland together – we were always running ahead of everyone else.

We went on some Lego cars and got our driving license. I almost went passed a red light but I stopped.
I liked playing Lego with Sam like building a police station.
We also played football together in the backyard.
His place was really fun.
By Moochie