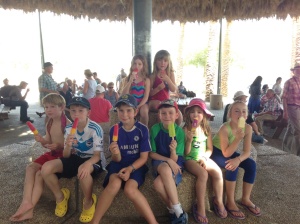 What an absolute treat to spend a bit under a week with our wonderful friends – Carolyn and Martin and their three gorgeous kids Alex, Marcus and Zahra – who are pretty much similar ages to our kids. They are such amazing hosts and it was wonderful to reconnect with them after about 3 or 4 years. Last time we had a family holiday together was in Ohrid, Macedonia when they were working in Kosovo and we were in Greece back in 2007. That was an awesome holiday so I knew our time in Israel would be fab.
It has always been my mother’s dream to visit Jerusalem and see all the religious sites. So we thought we would make this dream happen for her as well as spend time with our gorgeous friends. 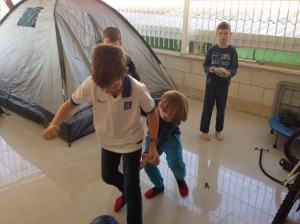 There was even room for tents on the front porch and indoor soccer.

When Carolyn told me we could fit into their house I was like ‘Seriously……8 extra people in a 3-bedroom apartment?’ Then I remembered their as mad (or as easy going) as we are – I brought 3 sleeping bags and mats just in case! 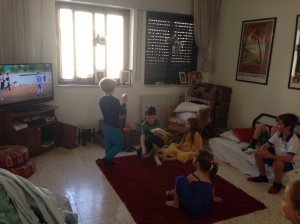 Moochie showing everyone his dance moves

However their apartment is huge and the kids are getting on so so well – it’s wonderful to see.

Israel is definitely surreal and I don’t know what to make of it yet due to the political atmosphere though the countryside is stark and beautiful. So much to see in such a small place. Anyway – more about politics in another blog – I have to digest it all a bit first. Here are some of the experiences of the kids:
By Baba Miliking
Yasmina’s Israel blog

When we arrived in Israel at 12.30am – my mum and baba’s friends Martin and Carolyn came to pick us up at the airport. They have three kids – Alex, Marcus and Zahra. 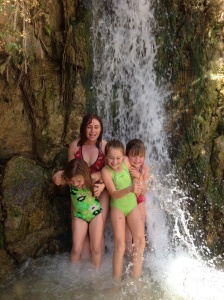 They are from Australia but they live in Israel now. The first day we were there Martin, Carolyn, Alex, Marcus and Zahra took us to amazing waterfalls – it was so much fun.
Zahra and Kalika were peeling all the moss off the rock walls. Marcus, Zoi and Emilio were sliding down a little water fall. We stayed for about 1-2 hours. 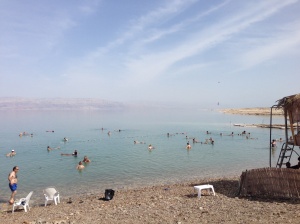 We also went to the Dead Sea which was so salty that if you had a cut it would sting so much and if it went in your mouth it would hurt. It was so salty that you floated. You couldn’t keep your legs on the floor of the sea. There is only one type of fish in the sea which is a small Hamels fish. Scientists say that in 50 years the Dead Sea will not exist unless they pump water from the Red Sea to top up of the Dead Sea because it evaporates. 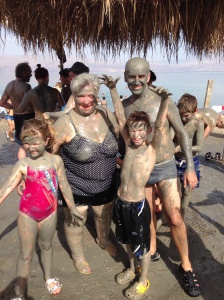 At the Dead Sea you can cover yourself in mud and it makes your skin all soft. It felt really nice. 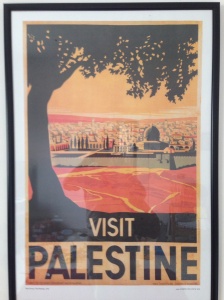 For dinner we went to the Lemon tree Restraunt in Jericho. It was yummy food with our friends.
By Yasi 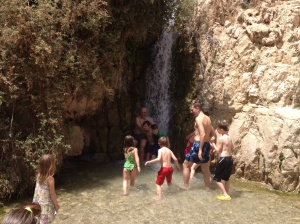 Hello this is Emilio – we went to a splash place – it wasn’t really a pool – it was a river with waterfalls – we went with Marcus and Alex and Zhara – they took us to the splash park but it’s really a National park. I threw a stone and it splashed the water and the water went over Toby – but the stone didn’t get on to anyone’s feet. 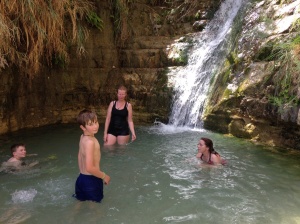 Then we moved to another pool that had a big big fall and a bigger pool and a rock slipper slide and we played there for ages. 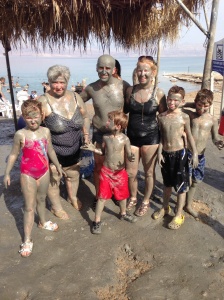 Then we left to go to the Dead Sea – you could float but the salt made any of your sores sting but it also helped them to get better. 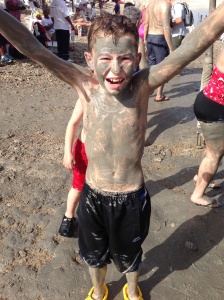 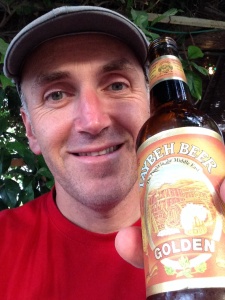 We ended up at the Lemon tree which is a Palestinian cafe in Jericho. It is the oldest city in the world. That cafe is so fun cause there’s a playground and toys that you put money in but the money just kept coming out so we used it lots of times. 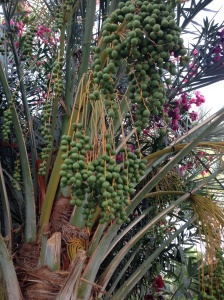 We ate mixed grill and chips and pizza and chicken and meat with Palestinian sauce. It was the bestest thing to do with the bread and the sauce was to dip the bread into the sauce – it was delicious. There was a big table and a little table – the kids were all sitting together. There was a big big tower with wires sticking up. Then we went home – good bye – love from Emilio.