The Moscow Metro system is just incredible – it is like a museum in itself. 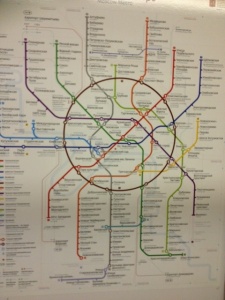 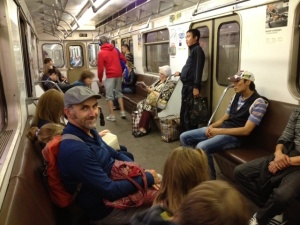 Pasha was telling us that in the 1930s when it first opened people thought it was just incredible and a bit of a miracle so they put lots of effort into making them amazing. Especially the initial line – almost every station has incredible art.
Here are some examples: 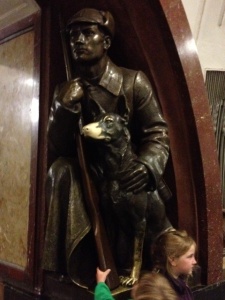 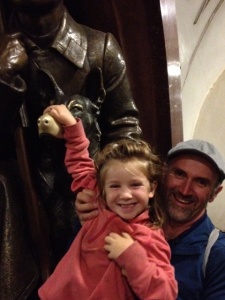 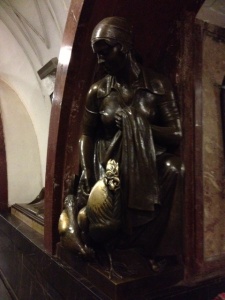 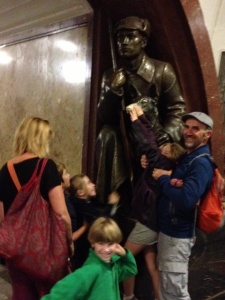 This is the central revolution station ‘Ploshad Revolution’ and they have amazing bronze statues from of people and activities of the revolutionary struggle. The most popular one was of soldier and dog – almost everyone that passes pats the dog’s nose cause it is very good luck and you are certain to have a good day. Students especially rub the dogs nose before exams and as a result these parts of the statues are smooth and the bronze rubbed off since they have been touched like this for nearly 80 years.

The chicken is also popular and lucky.

Before their exams students come and touch the study ball of the world as well. 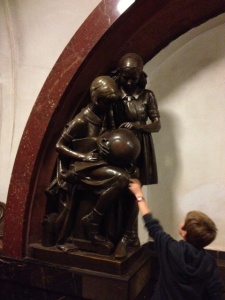 There’s a station called Mendeleev and is named after Dimitri Mendeleev who discovered the Periodic table back in 1869. The ceiling and lighting of the station is designed like a periodic table of elements. 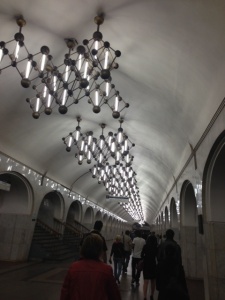 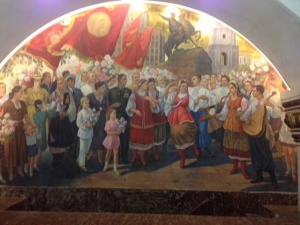 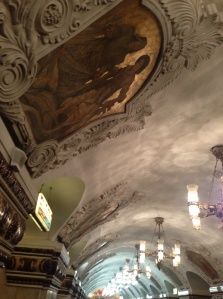 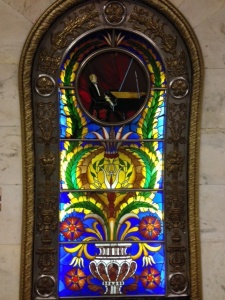 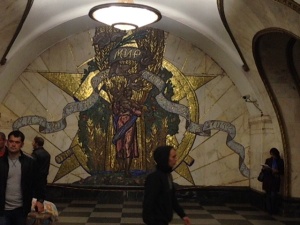 So if you ever come to Moscow and can’t get into the museums etc – just do tours of the stations! It’ll only cost you 30 Rubles ($1).