This blog entry is going to be about 5-10 pages in my journal!!! It’s about Swan lake, the water park, the Hermitage etc. I hope you enjoy the entry!!!

OUR NEW FRIENDS
On the 24th of July we went around the city with some new friends. Natalia is the woman who met us at the beginning when we arrived at Irene’s apartment to give us the keys cause Irene was in Moscow. She even had hot blini (pancakes) ready for us – she’s so kind. She invited us to go out with her and her family for a few days. Her family was her husband Vyacheslav, her daughter who’s 20, Marsha, her son Ilia who’s 13, her son Dobrinya who’s 3 years old and also their cousin, Filippe who’s 9 years old. Filippe and I loved chasing each other on the streets when we were walking to the places we went. He was on holidays from a place far in Siberia. 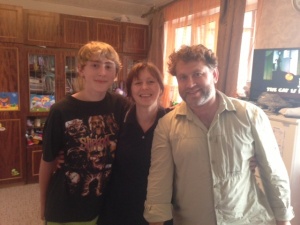 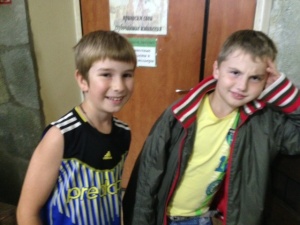 We went to a model of Russia, we were fascinated by the detail of the 3D models. I liked the model of the Ural Mountains, it was awesome how it looked like giant stairs all the way to the top. 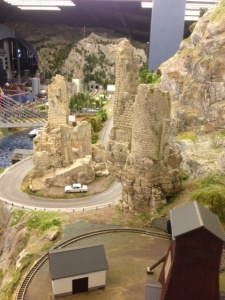 I liked the model subway trains in St. Petersburg. It is the absolute deepest subway in the world, about 100m deep. 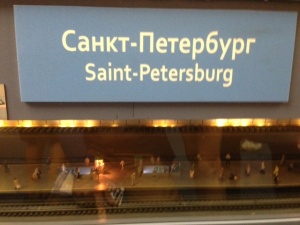 I also liked the model for St. Petersburg airport.

I am not sure which city it was but they even had a jail and they had prisoners. They also had buttons you could press to activate certain areas of the model. At the prison the prisoners walked around the basketball court. Some of the prisoner were even digging a tunnel to escape. There are so many things I could tell you about but there is not enough room or time to write them all down.

ST. PETERSBURG ZOOPARK
We also went to the St. Petersburg zoo that day. It was cool to see polar bears. 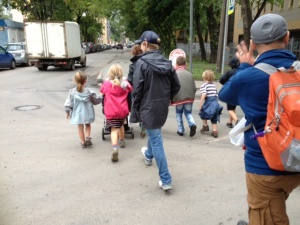 There weren’t any elephants cause they wouldn’t survive in the winter. Some of the cages were so bad that some of the animals were at the door searching for a way to get out. Zoos in Singapore and Melbourne have much more open enclosures. 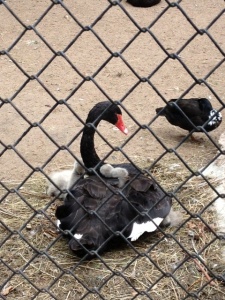 I had never seen one in person before, only in pictures. I also liked seeing the horses that were running around the arena. One pony was on a lunge running in circles, another good looking white horse was giving rides to children and another dark horse was walking in circles with a trainer on its back.

For dinner that day we went to a vegetarian restaurant with lasagne! We had lasagne for dinner and shared some cake for dessert. Kalika, Zoi, Emilio and I went with baba after dessert to a jumping castle for 10 minutes before rushing to the metro. 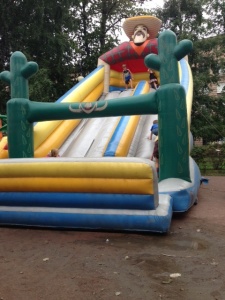 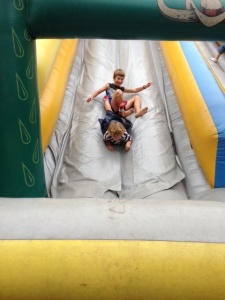 It was awesome – most of the other kids had socks on so had to climb a ladder to the top of a slide or else they would slip – but I on the other hand had no socks on so I would scramble up the side where the ladder was next to. All the kids were doing small jumps and slides but I was doing massive jumps and crashing down. On the last jump Kalika told me to push her so I gave her a push as she jumped at the same time. She went crashing down as she hit the bottom, another boy came down and somehow did a cartwheel and almost hit Kalika on her back with his feet. Once they were out of the way I did a massive jump and flew almost to the middle of the slide. I did another jump with a front flip, landed on my shoulder then went crashing down. After the jumping castle we went to see Swan Lake the ballet. The next few pages will be about that.

SWAN LAKE
On the way to Swan lake we almost got lost getting there – we passed the street the theatre was on and had to ask people directions of how to get there.

The set up for Swan lake was amazing. The stage was very well set out and the dancers could leap really high. Some of them could even leap high, clap their feet together and land perfectly. The prince’s 21st birthday was interesting. I had never seen a crossbow before and was fascinated by what it was, but I’m still not sure how to use it. He got it as a present for his birthday. 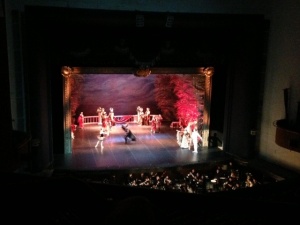 Where we were sitting was on the third floor – there was a bunch of Chinese people with us, but after intermission they either went home or to sit somewhere else. I liked the fact that you had to know the story to follow the ballet and know what they were doing. We only knew the first two acts cause when we were reading it we ran out of WiFi. I found it interesting that after intermission we had to just wait and see what was going to happen cause we weren’t sure of the story. I found it fun to try and work out what was happening. I thought it was weird how when the girls were spinning around the boys had to try and stop them at a certain point. I really liked the fact that the evil sorcerer was beaten in the end. This was my first real ballet performance. Mum and baba say it’s a very famous ballet and the music was by Russian man called Tchaikovsky. Mum and baba kept us waiting for the musicians to finish before we left because my aunty Catherine says that it is important to wait for the musicians to finish their music in appreciation.

WATER PARK
Our friends in St. Petersburg took us to a water park on 25th of July. It was amazing! It had row boats, wave pools and water slides. One of the best was really really steep. About a 60-70 degree angle drop. Another fun water slide was one you went on with a tube and I had the best time on that water slide. The water jets shoot you through parts of the slide that go uphill. Some of the water is forced ahead of you so you have water in your face at the same time. There was even a water playground for little kids and some older kids.

Me and a couple of boys were having water gun fights. I kept trying to spray people that went on the little water slide. The whole water park is all inside.

It is open every day of the year and I’m sure they get lots of visitors every day. There are even saunas and spas. There is a canal with a current running along most of it and there’s an awesome pirate ship which is where all the water slides start. Everyone gets a magnetic wrist band to go in. This wrist band is like a ticket to get in and opens your special locker. Most of the kids under nine had to have floaties on because pools and swimming aren’t really common in Russia. For lunch we had delicious jacket potatoes and showed our friends photos of our house and family.

On July 23 we were not too keen on going to the Hermitage because we thought it was going to be a boring old museum. Then mummy told us the story about how in World War Two St Petersburg was gong to be bombed/flattened/destroyed by Hitler the ruler of Germany.

A quote that we read on the internet was:

“…2. The Fuehrer has decided to wipe the city of St Petersburg from the face of the earth. We have no interest in the preservation of even a part of the population of that city.

4. It is proposed to tightly encircle the city and by shelling from artillery of all calibres and constant aerial bombing to raze it to the ground…” (Hitler on 29 September 1941)

Because of this the massive art collection in the hermitage and winter palace needed to be protected so lots of artwork and over a million people were sent to Yekaterinburg to be kept safe. Not everything could be moved so bigger things were put in underground cellars. They couldn’t even get all the artwork in cellars so some of it had to be restored after the bombing finished. I even heard the the workers on the first day of packing worked for 24 hrs with only 1/2 hour rest. The next day hundreds of people turned up to help out so the first 10+ workers could have a rest. The bombing lasted a month and a day and artists camped up on the roof to see when the planes were coming then they would tell the people downstairs. I loved seeing all the artwork – it was amazing. The malachite room was epic. There was a green malachite vase about 30cm in diameter and 60cm tall. 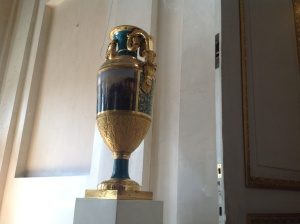 I think Santa would have loved the sleigh in the Hermitage – it had a dragon carved onto it. 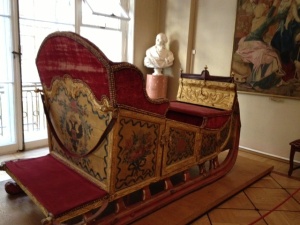 I thought the Hermitage was really good – we only saw a fraction of what we could have but that was enough for the day. We had an ice-cream at the end.

Two times in St. Petersburg we went to a cake shop. Mum and baba said it was pretty expensive but they were actually really really good. You could trust the quality. I was glad we went back a second time despite the cost. We just got takeaway cause it is even more expensive when you sit down. The first time I had a chocolate cupcake with melted cold chocolate inside and the second time I got a tiramisu cup. Baba said it was the best tiramisu he ever tasted – even better than in Italy where they come from.

IRENE
Last night very late we finally met the woman who’s apartment we are staying in. She gave the girls friendship bracelets. She gave Emilio a moveable numbers board and me a keying. She even gave us a replica of an old famous Russian doll and a bag on wheels to put all out food in.

It felt like we knew her forever but we only had known her for less than 12 hours. She had very good English but a strong accent. Irene is very friendly and cuddly.
She even helped us get to our train at 6am!!! I would love to see her again.