I was stuck in a lift with Kalika for about 20 mins but it seemed much longer than that. We got on at the 7th floor where Irene’s apartment is. We pressed one so that we could go down to the playground. I did jumping all the way down to fourth floor but then there was a loud smash sound and we stopped. We stayed near floor four. We yelled really really loudly for baba and mama. We were pretty scared. Mama and baba were still upstairs cause they were getting ready for us to go out and we were going to wait for them at the playground. A lady talked to us from the microphone in the lift and we said ‘no Rusky, only English’ and she kept on talking. Se called a special lift operator and he came to save us but he took a long time. The others found what floor we were on by our sounds and then they could hear we here near the fourth floor. Mum sang songs with us and played games like guessing what colour our undies were cause she didn’t want us to be sad. We played copying the knocks on the door. We were so happy to get out and gave everyone a big hug. The man who saved us said we shouldn’t jump in lifts. Well we always jump in our friend Mel’s lift – she is on the 14th floor in Melbourne and near the museum. But her lift is new so I think we can jump on that one but not on anymore Russian ones. We don’t want that to happen again. 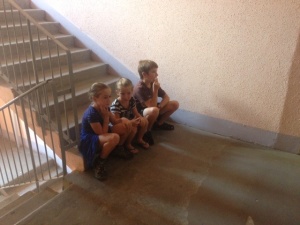 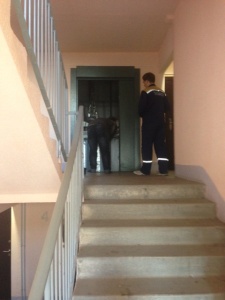 Dobrinya is cute. I played with him lots.

We always played on iPods in the train cause that’s what he is allowed to do so I did it too. But I’m not always allowed to play on iPods. I played alphabet and looking at photos and Dobrinya showed me his killing the baddies game. At his house we played a game called pianos and big Lego which is much easier for little kids. 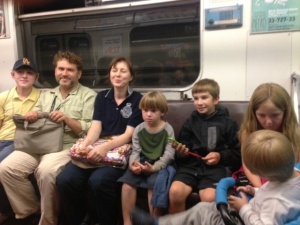 His mum even gave us presents and I got a craft toy and a t shirt. He had lots of games – it was like we were in an awesome awesome house.

With Dobrinya and his family, we went to the zoo and there was lots of fun animals like polar bears – they were not fully white – they were cream. They would be fully fine in the winter cause they have lots of fur and like ice in water. 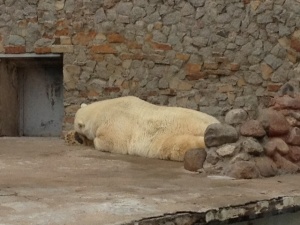 There were lots of museums and beautiful buildings in St. Petersburg – and every time baba walked past one he said ‘oh my golly that is gorgeous – imagine building that’ I think he would be puffed out. 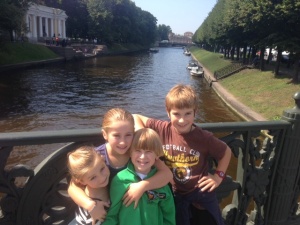 St Petersburg is named after Tom’s dad Peter or Bergs which is Xander and Edan’s dad. 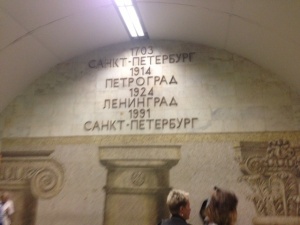 There was a really old man called ‘Peter the Great’ – he must’ve liked churches or palaces. He’s dead now.

Irine was such a nice girl – she even gave us a present each – I got a numbers game – baba knows how to play it and he is going to teach me how. We stayed in her apartment for so many days. 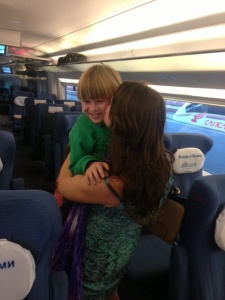 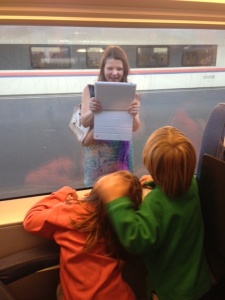